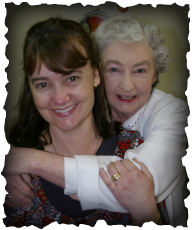 Alison has practiced in both the private sector and in the public sector since obtaining her qualifications in 1953. She started her career at The Royal Children's Hospital, Camperdown where she became head of the Orthoptic Clinic. Later she was invited to become a member of the Orthoptic Clinic at Royal Prince Alfred Hospital, Sydney and later, at the Royal North Shore Medical Centre in St Leonards.

After a time, Alison went to England and was invited to join the Queen Elizabeth Hospital for Children, London. After this she alternated between the Royal County Hospital in Surry and St Lukes Hospital, Guildford. She was also in private practice with several leading ophthalmologists in England.
In 1964, she returned to Australia and furthered her learning undertaking various courses including that of Tutor Orthoptist, which qualified her to teach and train Orthoptists.

Following this, Alison accepted the position of Head Orthoptist with a group of eye surgeons in Parramatta. Combined with a practice in Gosford, she specialised in children's learning difficulties and undertook extensive research in the visual cortex section of the brain.

In 1979 she patented a machine known as the Lawson Anti-Suppression Device (LASD) which was used to treat Amblyopia. Following this event, Alison was increasingly aware of the amount of children who were experiencing difficulty reading. The children she studied struggled with reversals of letters and  words, and/or words moving on the page. As she started to observe them more closely,  she found another significant commonality: a moving focal point in one of their eyes. This moving focal point resulted in the brain responding in such away as to cause the various symptoms which made learning, reading and writing difficult. This led her to develop the very simple, safe and effective medical treatment for Visual Dyslexia which was patented on 11th July, 1996.

Since that time over 5000 people have had their lives changed since undergoing this revolutionary world first treatment.

Alison has personally trained her daughter Maria Thomas, (Maria now heads the work at the Moss Vale Clinic), and the operators of the Australian and New Zealand Centres, in the application of the Alison Lawson technologies and treatment. ﻿ 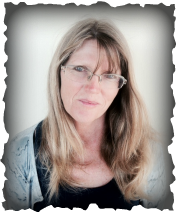 Tracey,  the operator of The Alison Lawson Centre Sunshine Coast, previously pioneered the Blue Mountains Centre in NSW and has now moved to the Sunshine Coast to enjoy a change of lifestyle, bringing with her a heart to help people reach their full potential, whatever that may be, and a passion for teaching children in a fun learning environment.

﻿﻿﻿'Learning should be exciting and enjoyable so that children want to learn: not just something to be endured. At ALC we aim to provide a caring and safe environment for children to grow in their confidence and abilities as they find they can do more than they thought they could, once they start to reap the benefits of the treatment. Some of the results are so astounding I still stand in awe at what these children can accomplish when the root issue of their reading and learning difficulties are dealt with. These children and their parents are real heroes.' ﻿﻿﻿

Tracey is more than happy to answer your questions and will be able to assess you or your child to determine if the treatment will be beneficial. You can contact her direct  either by email or by the phone number located on the ﻿﻿Contact Us ﻿﻿page. ﻿﻿﻿﻿﻿﻿